The Steelhead in the creek are creeping in, in small groups. The last two days, we have seen several fish, but just in a small area. Today we got into several fish at first, then it slowed to a crawl. Later in the day, as we worked our way back through the original area, we were able to hook up several more times. So instead of a steady run of fish, they are only available in little spurts. Yesterday I was able to hook up with 13 fish, but again I only landed 1. Richard got a perfect little chromer. â€œI was jealous of this fishâ€. Damon was skunked yesterday, which is very uncommon!!! Today was even better all around. I was able to hook up with 8 and land 3. Damon got into 5 and landed 3. Richard got into about 8 also, and landed 2. The water is still low and clear, but if you know how to work this water, you will be very successful. Here are the pics from the last two days. Three of these fish were natives. Maybe the end is near???? 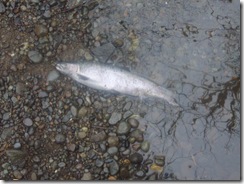 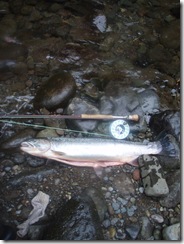 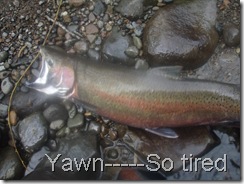 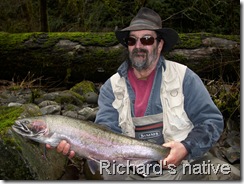 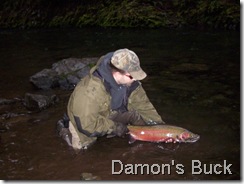 1 thought on “Still coming up!”