What a great day, with two of the best Yakutat Lodge clients I have ever had. Thelma who used to work here in the 90’s, and her Grandson Donovan (aka:Elton) were so much fun to be with. I have been with them three times now during there stay, and every day was better than the one before. The first day we limited on Sockeye and Dolly Varden. The second time out we limited on Sockeye and caught and released pinks all day. Today was the best. We left the Dolly’s and Sockeye alone and just went for a fun day with pinks, and a chance at an early Silver. Well the day started out with Elton hooking a big bright King that barely got away. Then came the hours of good Pink fishing. We got a limit of Pinks and released many, many more. During the Pink fishing, Thelma hooked a nice 20 pounder or so King, it also got away at the last minute. Then we headed down to try our hand at some Silvers. It is really early in the season, but the last couple of days we have had some mediocre results. Then all of a sudden we were on to a big boy. The fight was really uneventful because we were in tide water and the fish stayed down bullied it’s way to the boat, but when it hit the net I could not believe the size of this Silver. It was so fat, at first I thought King. After looking for just a second I could tell that we had a huge Silver. It weighed out at 16.1 pounds, and was just a great fish to bring in. We also got one other Silver, but it was only about 3 pounds. Here are the pics from the days out, and the Silver today of course. 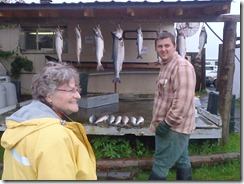 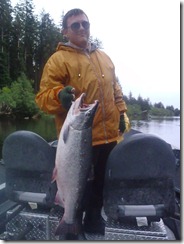 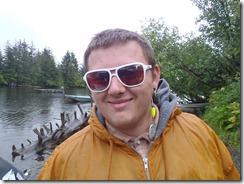 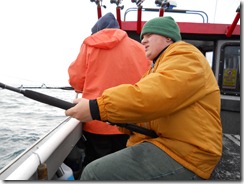 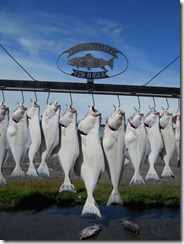 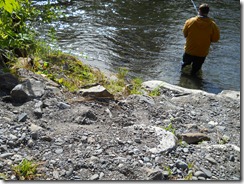 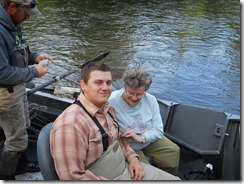 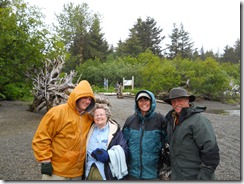 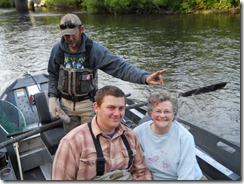 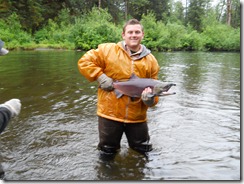 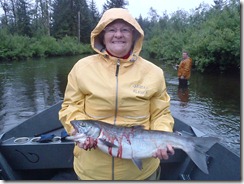 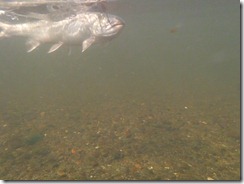 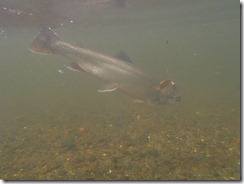