We had a great day today on the Situk. After leaving Yakutat Lodge this morning, we headed up for what was suppose to be routine day on the water, little did I know we were going to hook over 100 fish. We started out with Sockeye and absolutely murdered them. I don’t know how many we landed, but it was a stupid number for sure. Then we hit up the Dolly Varden, and wow was it hot fishing. I know we hooked at least 100 Dolly’s. Then we went for Pink Salmon, and â€œOh my Godâ€ did we ever get into them. Landed at least 50 each with three guys. Then just we we thought it was at it’s best, we ran into some early Silver’s coming in on the tide. We hooked up with four big boys, and got two to the boat. These were definitely bonus fish, as were the incidental Kings. Here are some great pics from the day, and a video to come later. 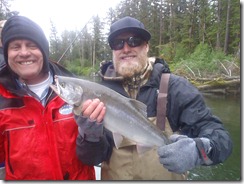 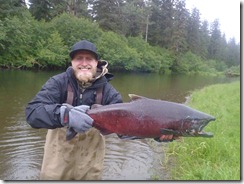 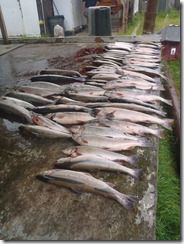 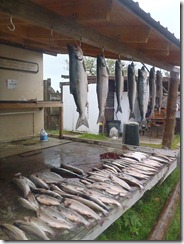