Today, like the other before it, was great. I don’t really know the exact number of hookups between the guys I was with, but it was huge. I know for sure, over 25 hookups, with around 15 landed. The fish are still in great shape, and the females are starting to show up. Smaller females are the first to run up stream, followed later by the big females, and the big native bucks. One of the fish I caught today was a real nice size native (Admittedly he unintentionally foul hooked, and promptly released) this happens sometimes when there are a lot of fish confined in a small area, at least they still take good pics. There was only one other foul hook today, and he popped off right away. Otherwise they were all biters. This big native was also landed by a friend of mine, almost a month ago, just 1/4 down stream. Shows that the natives are in no hurry to get upstream. Water levels are perfect for fly fishing. The fish are still on the bite. Clarity is perfect, and the fish seem to be coming in good numbers this season. Hope to see more of this as the month wears on. Here are the pics from today’s fish. Like I said yesterday, I am releasing all my fish now, so the ones with the blood, are Damon’s fish (or at least the ones he took home 🙂 ). 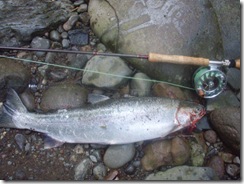 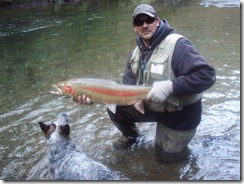 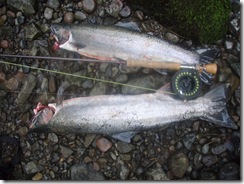 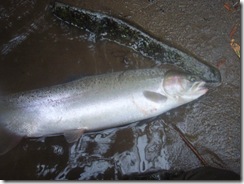 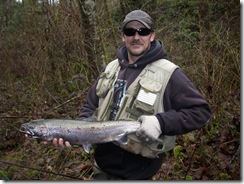 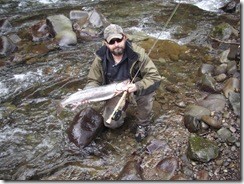